Alien Nation – Alien Nation is a science fiction police procedural television series in the Alien Nation franchise. Adapted from the 1988 movie of the same name, it stars Gary Graham as Detective Matthew Sikes, a Los Angeles police officer reluctantly working with "Newcomer" alien Sam "George" Francisco, played by Eric Pierpoint. Sikes also has an on again-off again flirtation with a female Newcomer, Cathy Frankel, played by Terri Treas. TV Guide included the series in their 2013 list of 60 shows that were "Cancelled Too Soon". The series is set in the near future in the United States. In 1991 a flying saucer crashes in the Mohave Desert containing a race of extraterrestrials escaping from slavery under a cruel Overseer race. They resemble humans, but have certain anatomical differences (their erogenous zones are located on their backs and the males are the gender that deliver babies) and have been bred with greater physical strength and intelligence. These Newcomers, as they are called, are accepted as the latest immigrants to America and the series explores issues around their integration into the multicultural society of the US.
​ 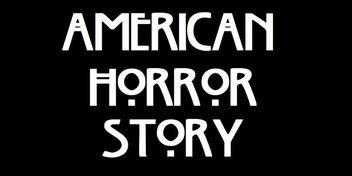 ​Angel (1999) - In this "Buffy the Vampire Slayer" spinoff, the titular character -- and former love of Buffy Summers -- proves just how difficult it is to deal with a conscience when you've been living without one for hundreds of years. His human soul having been restored by avenging gypsies, vampire Angel (David Boreanaz) now makes Los Angeles his home and redemption his mission -- a task thwarted by the demonic forces that thrive there.

Arrow (2012-Present) This adaptation of the story of DC Comics' Green Arrow stars Stephen Amell as the titular character, an affluent playboy who becomes an archer superhero at night, saving the city from villains armed with just a bow and arrows.
SERIES WEBSITE: http://www.cwtv.com/shows/arrow
FANSITE: http://www.thegreenarrow.net/ 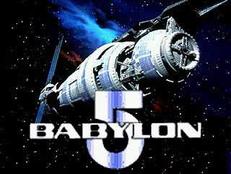 Babylon 5 - In the year 2258, it is ten years after the Earth-Minbari War. Commander Sinclair takes command of a giant five-mile-long cylindrical space station, orbiting a planet in neutral space. At a crossroads of interstellar commerce and diplomacy, Cmdr Sinclair (2d season Captain Sheridan) must try to establish peace and prosperity between various interstellar empires, all the while fighting forces from within the Earth Alliance. It is a precarious command, particularly given that sabotage led to the destruction of Babylon stations 1, 2, and 3 and 4 vanished without trace. 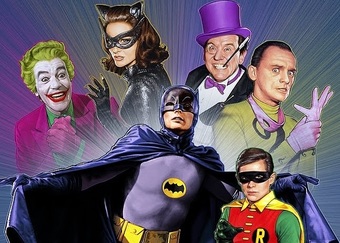 ​Batman, Live Action – (1966) Wealthy entrepreneur Bruce Wayne and his ward Dick Grayson lead a double life: they are actually the crime-fighting duo Batman and Robin. A secret Batpole in the Wayne mansion leads to the Batcave, where Police Commissioner Gordon summons the Dynamic Duo on the Batphone with the latest emergency threatening Gotham City. Racing to the scene of the crime in the jet-powered Batmobile, Batman and Robin must (with the help of their trusty utility-belts) thwart the efforts of a rogues’ gallery of flamboyant arch-villains, including the Joker, the Penguin, the Riddler and the Catwoman. 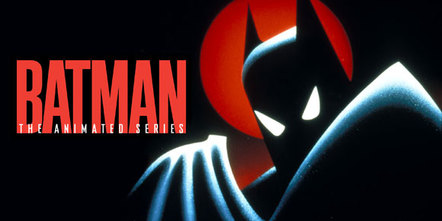 Batman, The Animated Series – (1992) Animation meets film noir and art deco in this Emmy-winning 1990s series that features a very dark Caped Crusader struggling to overcome his inner demons while battling Gotham's most notorious villains, including the Joker, Penguin and Harley Quinn. 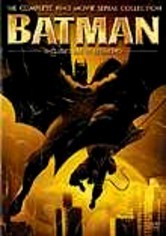 Batman, Serial – (1943) This black-and-white 1940s serial started it all, with caped-crusader adventures involving a radium-powered death ray, a deadly alligator pit, electronic zombies -- and even the original Bat Cave. Watch from the edge of your seat as the mild-mannered Bruce Wayne (Lewis Wilson) becomes the fearless superhero Batman, who, with the help of young Robin (Douglas Croft), protects Gotham City from the evil schemes of Dr. Tito Daka (J. Carrol Naish). 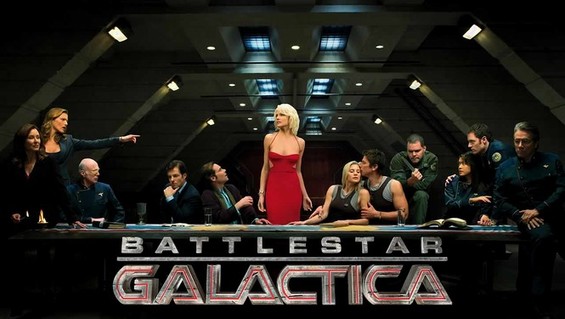 Battlestar Galactica – (2003) Deep in the universe, cybernetic Cylons have all but wiped out the human race, laying waste to the Twelve Colonies of Man. Cast out, the few survivors aboard the Battlestar Galactica search for a so-called 13th colony: the mythical planet Earth. 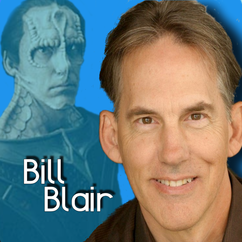 Bill Blair (Celebrity Guest at our 2015 & 2016 Conventions) - Bill is the Guinness World record holder in the category 'most special effect make-up characters portrayed in a career' the new record number set May 6, 2011 is 202.  His first experience as an alien on television was in Alien Nation. It started when he met makeup designer Richard Snell, while filming Demolition Man. This led Bill to his first work on the TV movies of "Alien Nation". Since then, he has become one of those few elite actors that seem to specialize in playing aliens, monsters, and other various creatures from other worlds and of this world long ago. It was from there, that he found himself working on the hit series Babylon 5 and shortly thereafter on Star Trek: Deep Space Nine. 1998 - Bill worked on the season premiere episode of Sliders, and more in 1999. Since then, Bill has worked on many TV series, including Star Trek: Voyager, Enterprise, The X-Files, The Invisible Man, Drew Carey, The District, Crossing Jordan, King of Queens, Will and Grace, Yes, Dear!, Friends, Desperate Housewives, Criminal Minds, and as a regular on "The Division" and the HBO Series Carnivale, Saving Grace, Justified, Raising Hope, iCarly, The Defenders, How I Met Your Mother, NCIS, Mad Men, Modern Family, Mistresses, 2 Broke Girls, and many more. Bill has appeared in Blades of Glory, The Artist, The Muppets, Nightcrawler, Paul Blart: Mall Cop 2, ARGO and more. In print, Bill was a featured zombie in the book "The Brain Eater's Bible", released in 2011. As one of a special group of actors that has worked extensively on sci-fi, and fantasy/horror shows, Bill has many behind-the-scenes stories to share about what it took to become this extraordinary type of actor. Additionally, Bill has written a book titled "The Professionals Talent Handbook: The Guide to Getting Started" and he has appeared on the pages of TV Guide (July 5, 1997), and in the August 1998 issue of Galactic Alliance. Interviews with Bill can be found in such publications as the International Star Trek Magazine, Explorer, Pen & Quill, Autograph Times, TV Zone and the New York Post.